what is a distributed router?

Speaking of routers, everyone is no stranger. In today’s network outbreak, wifi has been closely related to our lives. Hundreds of megabytes of fiber-optic broadband have entered the homes of ordinary people. In the process of using it, we have encountered many problems, such as slow internet speed and WiFi. The actual problems of small coverage, complex router settings, etc. can be caused by routers.

In order to create a seamless network of homes and solve the problems of poor signal, slow network, and troublesome switching, glory routers rely on Huawei’s R&D capabilities in the communications field to introduce a distributed router. What is a distributed router? What is the difference with a traditional router?

In fact, distributed routers have a high cohesive feature. Generally speaking, the three distributed nodes of the glory distributed router have a high degree of autonomy. In any part of the room, all three routers can go to the other two according to their own network conditions. The router sends data and establishes a network so that the coverage of the wireless network is expanded, and the user does not feel that the network signal is distributed, and the user can link without switching the network under which router. Glory builds China’s first distributed routing to meet the needs of large-scale user groups with Wi-Fi seamless coverage, enabling new routing features such as intelligent configuration, intelligent networking, intelligent roaming, and intelligent experience. 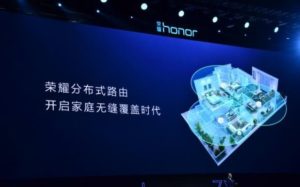 What are the characteristics of glory distributed routers?

For the small white user, the most troublesome router configuration, what WAN interface, LAN interface in the end how to plug in the network cable? Glory distributed router supports three-port blind insertion, no need to distinguish which type of interface, the network cable can be used for the plug-in, setting up installation is very convenient, no longer need to worry about network cable plug-in.

For mobile phones, we are no stranger to dual-network dual-pass and full-network, but for routers, you may not have seen routers that support both mobile and telecom broadband. Perhaps this is incredible, but it is. The glory distributed router supports dual-network dual-pass. That is to say, the router socket is inserted into two different carrier broadband, and can also be identified, and configured for different networks, dedicated to the private network, and does not affect the network usage. 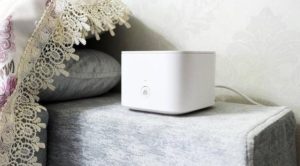 At present, many routers support 2.4GHz and 5GHz network dual-pass, which is popular for everyone. Generally, our commonly used network is the 2.4GHz frequency band, which can reach 300M-450M transmission rate, that is, the fastest transmission speed can reach 30M/s. The transmission speed of the 5GHz band can reach 1GB/s, but the 5GHz attenuation is more powerful than 2.4GHz. For example, after several walls, 2.4GHz can find the signal, and there is no signal at 5GHz. For each of these two frequency bands, each has its own advantages and disadvantages. Therefore, the glory distributed router can switch the best frequency band according to the real-time status of the network and will clear the channel interference according to the WiFi status. In addition, Mesh technology allows routing. Automatically prefer a better network link. When one of the links has a problem, it will automatically switch to another, so that the network speed is always in an optimal coverage state. Guarantee a good web experience and be very smart.

In general, the glory distributed router breaks the traditional router technology bottleneck and has a groundbreaking research in technology, which comes from Huawei’s powerful technology research and development strength, which is also an artifact that can seamlessly cover the home network. Smart homes have begun to spread, and an excellent router is essential.

How far is the smart router from the smart home entrance?

The technical and cost challenges for 100G

8 major trends in the development of the Internet of Things

Virtual Router market has double growth in the coming year